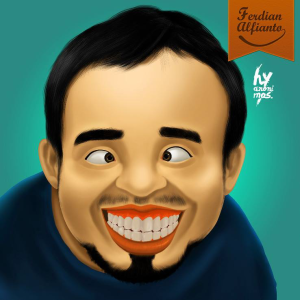 Before starting Bitcoin, Ethereum or other Altcoin mining, it's good to know what Bitcoin is? What is Ethereum? What are Altcoins?

Judging by Wikipedia, Bitcoin is an electronic money made in 2009 by Satoshi Nakamoto. The name is also associated with the open source software he designed, and also uses a peer-to-peer network without centralized storage or a single administrator which the United States Treasury Department calls bitcoin a decentralized currency. Unlike most currencies, bitcoin does not depend on trusting major issuers. Bitcoin uses a database that is distributed and spreads across the nodes of a P2P network to transaction journals, and uses cryptography to provide basic security functions, such as ensuring that only those owning them can spend them, and never more. from one time.

While Ethereum is sa blockchain platform with a smart contract function. Ethereum functions like a virtual machine that can run peer-to-peer smart contracts with the cryptographic currency Ether (ETH). Ether is the Ethereum platform cash unit.

HARDWARE FOR MINING BITCOIN OR ALTCOIN

Before buying mining hardware, first decide which coin you want to mine. Is it Bitcoin, EThereum, Litecoin, Monero, or something else? Because of different coins, different algorithmic systems, and the hardware needed to mine is also different.

For example Bitcoin, using the SHA-256 algorithm, can only be mined using hardware ASICs (Application-specific integrated circuit chips). While Ethereum uses the Ethash algorithm (the latest version of the Dagger-Hashimoto algorithm that was previously used by Ethereum), it can be mined using a certain series of graphics cards (VGA) (mining Ethereum with a CPU / Computer Processor is no longer effective). Then there is Dash that uses the X11 algorithm, it can only be mined with hardware ASICs that specifically calculate the X11 algorithm.

If you want to mine Bitcoin, but you only have a graphics card (VGA); You can do this by first mining Ethereum (or any other altcoin with an algorithm supported by a VGA card), then the mining results convert (trading) to Bitcoin.

NOTE: Not all VGA cards can be used for mining. At the time I write this, VGA cards with 2GB RAM and below are no longer profitable, or even in certain Altcoins, no longer usable.
In essence, to achieve the highest possible hashrate, you need a high-end VGA card, for example for AMD chipsets, you can use the RX 470, RX 480, RX 570 or RX 580 types. As for the nVidia chipset, there are options. GTX 1050 Ti, GTX 1060, GTX 1070 or GTX 1080. Or you can also buy a special VGA card for mining, such as AMD Vega.

Wallet, or the Indonesian word for "Wallet", is a place to store Bitcoin or Altcoin which can be in the form of a smartphone application, computer software, hardware or online service.

You must have a wallet, because your mining results will be sent to the wallet. Each wallet has an address that is different from one another.

For hardware ASICs, mining software is usually installed by default. You only need a little configuration, then the hardware is ready to work 24 hours mining the desired coins.

Meanwhile, if you are mining using a VGA card or CPU, you must install the required mining software yourself. Sometimes there are several mining pools that provide software for mining that they develop themselves, for example Nicehash or Minergate.

There are also many choices of software for mining from third parties; such as Claymore, CGMiner, BFGMiner, Ethminer, CPUminer, etc. I personally prefer to use Claymore because of its configuration flexibility & stability.

Pool is a gathering place for miners (miners), who work together to solve the algorithm block calculation, the calculation reward will be divided equally, according to the contribution of their hardware hashrate speed.

There are many choices of pool operators that you can use for mining Bitcoin or Ethereum or other Altcoins. Popular names like Nicehash, Slush Pool, Antpool, ViaBTC, Coinotron, Multipool, Mining Pool Hub, Ethermine, Ethpool, Dwarfpool, Flypool, Nanopool, Suprnova, F2Pool, Coinmine, 2Miners and many other pools.

Each pool has a different payment and fee scheme. The average fee is between 0% - 3%. As for the payment scheme, there are 2 popular types, namely:

In addition to the VGA card as above, you need a motherboard + processor + RAM + hard drive + power supply (PSU); just like you assemble an ordinary PC. The difference is only in the number of VGA cards that are plugged into one PC. In general, PCs only stick 1 or 2 VGA cards; but for PC mining we can plug in 6 VGA, or 9 even up to 12 VGA, depending on the type of motherboard and PSU.

Motherboard. Some vendors issue motherboards that are specifically for mining, which have many PCI-e slots for plugging in a VGA card. Some examples are ASROCK H110 Pro BTC +, ASUS B250 Mining Expert, BIOSTAR TB250-BTC PRO, and many others.

Processor. PC mining does not require a high class processor, even with the Intel Celeron it can be used for mining.

RAM. The minimum amount of RAM is 4 GB. Any brand and type; adjust to your motherboard.

Hard Disk. It's ideal to use an SSD, but even with a regular hard disk there are no problems. Capacity does not require too much, an SSD with 60 GB is more than enough.

Power Supply. Use a PSU that has a name and has an 80 plus certificate label. Mining requires a good & stable electricity supply. One AMD RX 580 consumes around 150 watts. How many watts of the PSU must be purchased, depending on the number of VGA that will be plugged in.

PCI-e Riser. Because it is not possible to plug 12 VGA in one motherboard, a PCI-e Riser is needed. One VGA requires one PCI-e riser. The shape of the PCI-e riser is as shown above.

Rig. Because casing for PC mining is relatively expensive and rather difficult on the market, most miners make their own what is called a Mining Rig. You can buy or make this rig yourself from wood, aluminum or iron (see photo below). Please googling to see examples of rigs and size details.

Operating System (OS). You can choose to use Ubuntu or Windows as your PC mining OS, or you can also use an OS specially made for mining, for example EthOS, Perfect Mine, PiMP, SMOS, etc. I personally use Windows 10 Pro 64 bit, because usually the latest VGA driver is for Windows OS first; and sometimes there are VGA drivers that are only released for Windows.

VGA driver. For those of you who use AMD Radeon VGA, I recommend using a special driver for mining (AMD Blockchain Driver) which you can download here. Who are using nVidia, use the latest version & always update the driver to the latest version.

Internet. Mining Bitcoin or other altcoins do not require large Internet bandwidth, even relatively small bandwidth is consumed. But choose a stable Internet connection and have a small latency, for example Astinet from Telkom.

Thereby Other Bitcoin / Ethereum / Altcoin mining tutorials for beginners, for detailed installation and configuration of Claymore I will make in the next article.